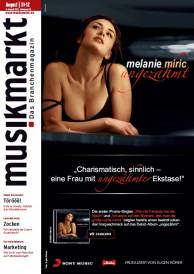 We were interviewed for “Musikmarkt” for their game music special. “Musikmarkt” is a big and serious German music magazine, among other things home of the official media control charts. Check out the August issue for the 4 pages interview, in which we also battle it out with the collecting society GEMA. 😉 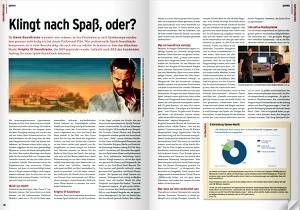 That’s tiny us, on the upper right.

The German interview is also readable online, but sadly not for free.

This entry was posted on August 24, 2012 by Daniel Pharos. It was filed under News and was tagged with Musikmarkt.